VStar is designed to be the bigger wave version of the popular Moskah Model. The difference is found in the outline, where the nose and tail are narrower for better control in bigger waves. Otherwise the VStar has the same features of the Moskah. The details of the Moskah are: The Moskah, named after the 'fly', will have you buzzing around the line up, catching more waves than the next guy. The Moskah has a smooth nose rocker on the stringer line, which leads into a flatter rocker thru the tail, allowing for easy entry into waves and fluid drive down the line. The rail rocker has a bit more curve in the nose to release the board when transitioning up the face and into a turn. The Moskah is flatter between the middle to where the back foot is placed for optimum drive. There is more curve from your foot placement to the tail to allow for quick release of the tail when turning above and off the lip. The bottom contour starts with a flat vee in the nose, going into a single concave and flat bottom the last 3" of the board. With a medium dome deck and rails, the outline of the Moskah is smooth, accentuating fluid and consistent lines in your surfing. 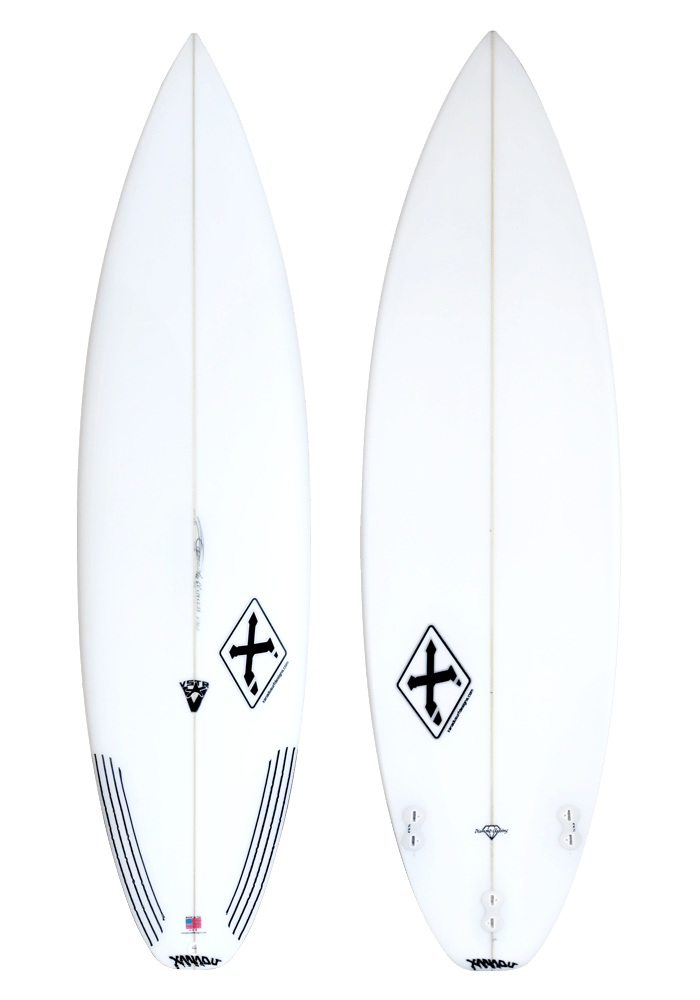